I sing, I beat drums, I write poetry, I move bodies and this is my website. 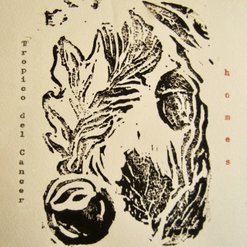 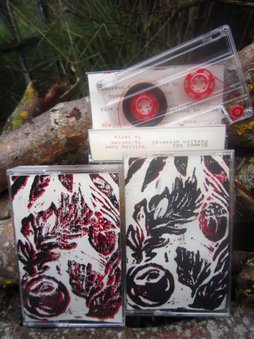 My new EP "Homes" is out now!
You can listen, download or order the beautiful handmade cassette tapes at Nature Tales bandcamp:

"Unas alas como mochilas" is a track I made with the new distant friend Bålsam, it is part of the first compilation of the new ambient label Atlantea Records!

Listen, download and support by buying on Bandcamp, or stream on other platforms.

“Winter Meditations” features original works from a major part of all those artists from near and far, who contributed their music to the Nature Tales Live Set and Mix series through the last couple of years.

Coming from all across the world, each bringing their own unique sound to the table and yet, the whole of the album comes together so coherently, as if we all shared the same experience of the winter season.

Some of my old tracks and new compositions are the soundtrack for the new interactive theatre game TING, created by Ilon Lodewijks. To be on tour in Denmark and Europe from 2021.
Here the short trailer:

After a year of  break due a concussion recovery, I have now some new music out!

As it seams like the world came into a pause as well, in a collective time of introspection and reconsideration, this is my contribution to it:
Inner Walk / Inner Fall

I just released new music on the net ambient label Nature Tales.
It is a live set of Lullabies together with my dear friend Vootele Ruusmaa from Estonia, you can listen to it here:
https://soundcloud.com/…/nature-tales-live-set-10-juan-pino…

Lately I haven't been so active here on FB. 9 months ago I hit my head, a mild concussion that demanded me to take a break from most of activities. Still now I rest a lot, relaxing, meditating, gardening and spending time at home with my family.
It is an important time of introspection and learning, something new is maturing also in my way to make music, listen and play.
In the meddle of all this, last winter I went on the island of Samsø with Vootele, in a house by a deserted harbor we composed new music with tiny instruments and our voices.
Inspiration were lullabies from our traditions, sampled or re-tuned for a soundtrack landscape to the simple attempt to... relax...
I sense it is so important in these times, for me and many others. Learn to relax, maybe release, see it passing by, just "sit" and watch it happen by itself.
Stay well, peace! 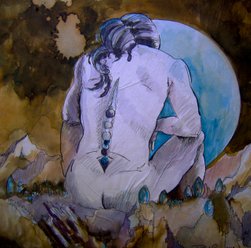 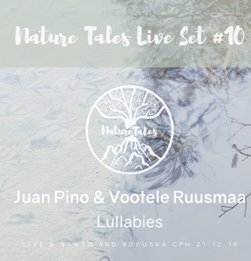 This summer I will be playing with my own Tropico del Cancer and Quemando Palabras, as well as with the super group Heilung around Europe!

On the 4th of May 2018 I will release my debut solo album with Tropico del Cancer!

It is called Se Vino Del Cielo, dedicated to my daughter. My wife Rebeckamaria made the beautiful artwork.

To start with it will be available only as a download, for free, from

It is also the last step of the homonym album from 2015. In these 2 years after its release we played 18 concerts in Ecuador, 12 in Denmark, 1 in Switzerland and 1 in Colombia. We released a digital album with its remixes as well as 2 music videos.

Lately I have also been involved in several collaborations, for example with the ampified-history band Heilung, and as solo artist with Tropico del Cancer. 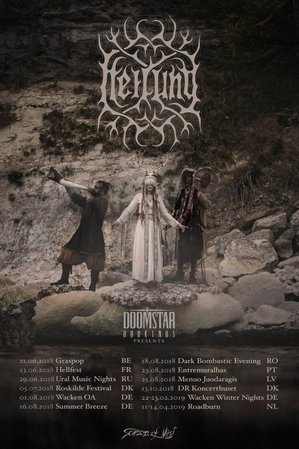 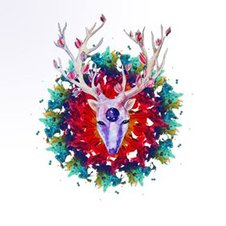 The new album of Quemando Palabras, "las otras cosas de la luz - remixes" will be out on Sello Regional on the 12th of June!

For its released this video is out now: Verbum Est was remixed by Ego.360 aka Emiliano Gomez and produced in collaboration with Trifolium Films in Ecuador. 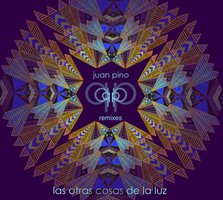 I have just concluded the first round touring with the new album of Quemando Palabras: 15 concerts in Ecuador, 4 in Denmark and 1 in Switzerland.

More will come later this year!

You can see the new live teaser with the Europe line up at our last concert in Copenhagen last year here:

Among the many activities of this year, I had the chance to move on with my new solo project Tropico del Cancer.

Here is one of 2 art-music-videos recorded at my garden house in Copenhagen and edited by Rakel Thorning-Vater.

TROPICO DEL CANCER : To Koh from Juan Pino on Vimeo.

I will play 2 concerts with Quemando Palabras in Copenhagen!

- Saturday the 10th of September at Klub Deroute Festival.

I am producing some remixes for Quemando Palabras for an album to be released in March 2017, for now you can already listen to some of them here!

In May and June I have been part of the project Sailing City, performances on the Hawila ship at amongs others Click Festival and Distortion.

I have a new project together with musicians from Estonia, Finland and Iceland, more about it on this page.

I am going to compose and play the music for the next Mute Comp. Physical Theatre performance. I am very happy to join them again for this piece inspired by the great samurai masterwork "The Book of 5 Rings".

"The Strike of No Thought" will have premiere on the 29th of April at Dansehallerne in Copenhagen.

In the beginning of the year I have been traveling in West Bengal learning from an collaborating with local and international artists.

First I was 2 weeks at Milòn Mèla theatre house, inspired by the work of Grotowsky we learned and trained Chhau dance and Kalari martial art.

Later I went to stay with the Kumar family at a village of Chhau dancers in Jarkhand, coming from an ancient form of martial art, Chhau dance represents the great epic wars from the Mahabaratha with big masks and fierce drumming.

I was also 2 weeks in Kolkata for concerts and recordings at the Sufi Sutra world music festival.

I visited dear friends in the Nadia district as well: Samir Giri is a lovely sadhu from Shantipur and Arjun Khyapa a great baul from Goash.

Last but not least I spent 1 week in Rishikesh with my beloved master ShantiMayi and our Sangha.

Deep thanks to everyone I met on the way!

"de la muerte y de otras cosas" was released today, you can download it worldwide at:

You can also order the CD at:

(the shop is in Danish but they ship all over the world :-)

I am very happy to announce the new album "de la muerte y de otras cosas" with my band Juan Pino y Quemando Palabras, it has 3 years of work and breaks... It is inspired by death and the light in and beyond it, dedicated in the loving memory of Søren Koh.

7 songs with lyrics by myself, my father, my cousin Ivan and my uncle Hernán Zuñiga (my father's best friend).

Mixed and mastered by my trusted Ask Kæreby at Audio Expertise.

It will be released on the 17th of November with, date of the release party as well, at Underhuset in Copenhagen: FB event

I am now back in the studio for the final recordings and mixing of the new Quemando Palabras album. It is going to be called "De la muerte y de otras cosas", dedicated to my father, my grand father and our dear band member Søren Koh Pendrup, who passed last year.

I am very happy to be back working with Ask Kæreby at the console and I am really looking forward to share the result with you.

In 1 week I will start percussion workshops for kids and adults at the Casa Latinoamericana in Valby/Copenhagen.

7 Mondays from the 7th of September, more info HERE

This week I have been in Riga at a workshop with 40 amazing dancers and musicians from Iceland, Norway, Finland, Estonia and Lithuania. I met truely inspiring new friends and some sessions and new ideas were born.

I also had the chance to give a "lecture" on the relation between music and dance and its view from a ritualistic and philosophical point of view.

Thank you life for these opportunities!

In these 2 weeks I am helping out my mother with the technical side of her puppet/storytelling solo "Il bosco in valigia" for some shows in Italy, as well as at her international puppet theater festival in Locarno, Switzerland:

This week I am participating in a project together with Indian musicians and dancers in Copenhagen, there will be site specific performances in town all the week! 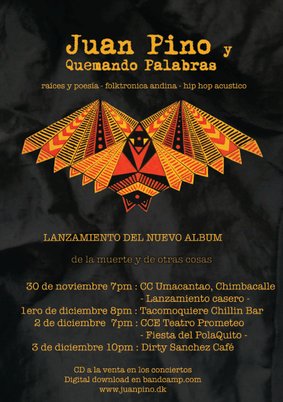 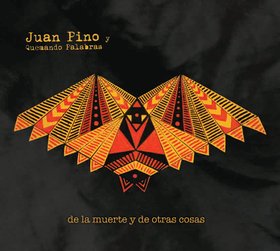 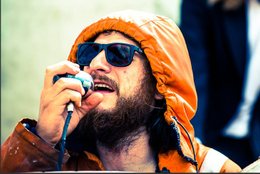 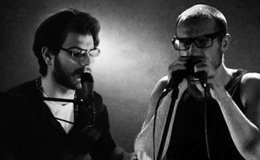 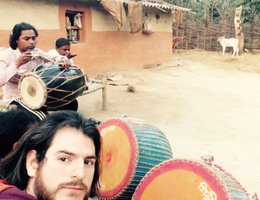 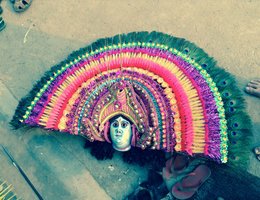 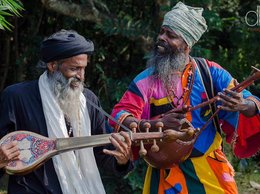 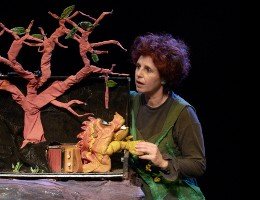 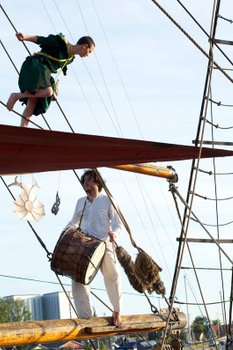